Sign up and earn $25 USD on your first transaction!

All you need to understand about the Bitcoin ATM rules and limits by country. 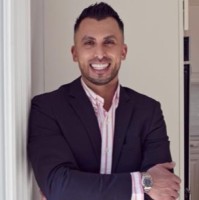 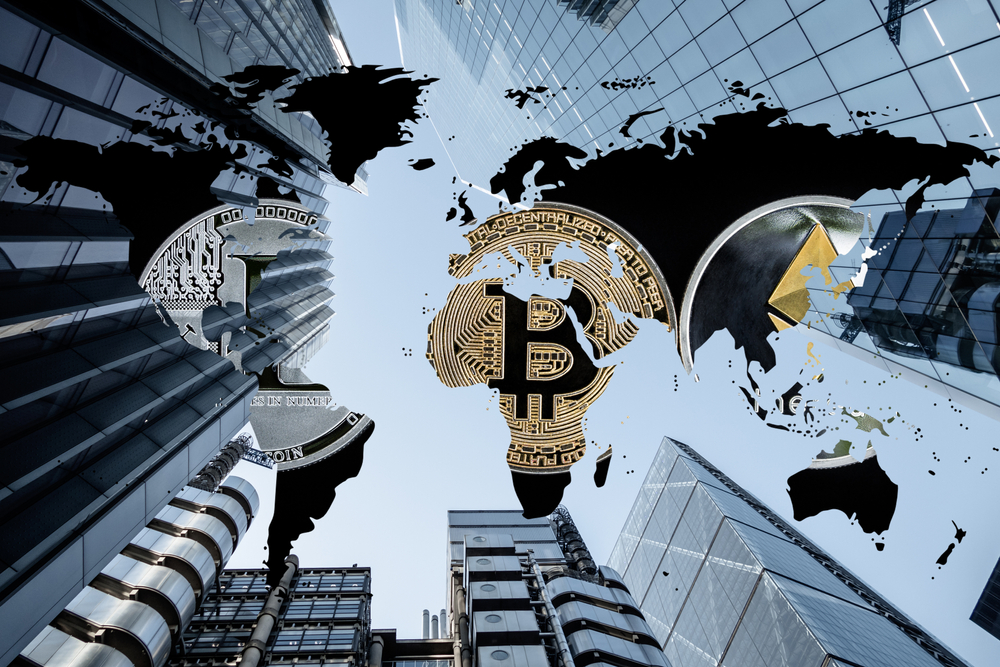 Have you wondered how to get your hands on Bitcoin (BTC) but can’t find an easy way?

The simple answer is to use a Bitcoin ATM. It resembles the typical ATM for fiat transactions. You need to understand the Bitcoin ATM rules, and you will be able to operate them efficiently.

How Do Bitcoin ATMs Work?

Bitcoin ATMs are straightforward to operate in practice. Like all innovations, people will have a hard time understanding the terminology and lingo initially, but the process itself is pretty straightforward. Once you do it once, you won’t forget.

You need to select the transaction details, input the SMS passcode, scan your ID, scan your cryptocurrency wallet code, insert cash, and your crypto will be deposited rapidly into your wallet. The steps are really that simple!

It is this simple, though the steps can vary a little depending on the provider. The most significant measure to Bitcoin ATMs is downloading a cryptocurrency wallet, though you can do this in about 5 minutes.

Just understand that all cryptocurrency wallets come with a unique identifier, a string of alphanumeric characters. This can be likened to the ‘IBAN’ number associated with a bank account. So it would help if you had this identifier to receive funds.

This can be in the form of a QR code, so all you need to do is have your wallet open and scan the QR code to receive your crypto funds. Bitcoin ATMs will have a barcode scanner to read this from your wallet.

You will need to have a different wallet for each cryptocurrency you wish to purchase from a Bitcoin ATM (such as LTC, ETH, or BCH). You can also download a multipurpose wallet that will generate a key for various cryptocurrencies, all stored within the same software. Most crypto wallets can cater to multiple cryptocurrencies.

All Bitcoin ATM operators must register with the Financial Crimes Enforcement Network (FinCEN). This is the authority responsible for ensuring compliance with the Bank Secrecy Act (BSA) and preventing financial crimes such as money laundering and economic terrorism.

Each Bitcoin ATM operator will have to have its own set of KYC procedures to ensure compliance, along with independent audits and a dedicated compliance officer. At the State level, the operator will (usually) have to register as a money transmitter business. There are different Bitcoin ATM rules depending on the state of operation and the total transaction amount.

Concerning the maximum transaction amount, this is typically in the range of $3,000 every 24 hours. Different reporting requirements depend on the total amount and the method of purchase. The most common ranges seem to be $100-$900 and $1,000-$3,000. KYC verification will typically be required in the $1,000-$3,000 range.

You can also purchase up to $20,000 with enhanced due diligence with certain Bitcoin ATMs. Again, the theme here is that there is no actual limit as long as you satisfy reporting requirements. But due to reporting complexities, Bitcoin ATM operators will invariably set limits.

Given the discrepancy in the Bitcoin ATM rules depending on the state in question (significant differences between states like California and Texas), you will likely need to check the rules by visiting the nearest Bitcoin ATM.

The world’s first Bitcoin ATM was placed in Waves Coffee Shop in Vancouver in 2013. But they are now to be found everywhere in the country. Bitcoin ATM rules in Canada are primarily similar to those of the USA.

The rules are loosely the same all over the globe in terms of limits and requirements. In Canada, you have to adhere to KYC identity verification requirements if the transaction is above a certain amount and depending on the location of the ATM.

The Government of Canada has left it up to the states to determine Bitcoin ATM rules. However, they have made it clear that:

In Canada, the dominant legislation is the Federal Proceeds of Crime and Terrorist Financing Act PCTFA). The Canadian equivalent of FINCEN would be the Financial Transactions and Reports Analysis Centre of Canada (FINTRAC).

Most Bitcoin transactions in Canada are limited to a maximum of $900 per transaction without ID verification in a 24 hour period. The maximum limit for most Bitcoin ATMs tends to be between $5,000-$10,000.

In most EU countries, the daily transaction limits for Bitcoin ATMs are between €2,000 - €3,000. Again, this is dependent on the country and the Bitcoin ATM operator. In most countries, you will not have to submit KYC requirements if the amount is below €150.

Bitcoin ATM operators will need to be registered and licensed by the appropriate authorities, or they will have to close operations (this has happened in numerous situations).

Like most jurisdictions, there is a lack of clarity surrounding the legal status of cryptocurrencies in Europe. Some countries define it as a currency, others as a commodity. There is often conflicting information between the banking sector, court proceedings, and revenue departments. However, it is generally accepted everywhere that cryptocurrencies are not exempt from income tax but are potentially exempt from VAT.

Due to the implementation of AML5, many crypto ATM operators in Europe have had to shut down. The regulatory environment is more hostile concerning the USA, and this has stifled the growth in this area to a degree. While the minimum transaction to avoid KYC used to be higher, AML5 reduced it to €150, which is much less than the amounts seen in the USA and Canada.

Bitcoin ATM Rules in the UK

All crypto transactions above £150 require KYC verification. This is a shallow threshold, and you might still have to verify your phone number even if the total amount is below this range. If the customer's identity is in doubt, the customer is to be denied service.

The legislation governing cryptocurrency in the UK is known as ‘The Money Laundering, Terrorist Financing and Transfer of Funds Regulations 2017’. All Bitcoin ATM companies need to register with the Financial Conduct Authority (FCA) to carry out crypto asset activities and comply with this legislation.

Many crypto companies in the past have complained about the lack of clarity surrounding transfers. In the UK, there is more clarity, but the legislation is proving hard to adhere to, and it has put multiple operators out of business.

The USA is the leader in Bitcoin ATMs, with over 26,000 operations. Canada has over 2,000, and most other developed countries will have between 50 - 200. These countries include the UK, Austria, Hong Kong, Switzerland, Italy, Greece, Germany, Romania, Poland, etc. Australia has 40 while Ireland has 38.

All these statistics are gathered from Coin ATM Radar, which is pretty much the most definitive place to find information on Bitcoin ATM usage worldwide. All data is pointing to sharp increases in terms of Bitcoin ATM adoption. However, the data is not infallible, and some Bitcoin ATM operators can decide not to report. These are typically Bitcoin ATM operators that charge higher fees.

Is Bitcoin Legal in All Countries?

Aside from a few exceptions (such as China, Nepal, Bolivia, etc.) Bitcoin is legal. It is legal once reporting and regulatory requirements have been satisfied.

Bitcoin ATM operators will need to register with the relevant authorities and collect KYC information on those who purchase and sell cryptocurrency. Once these reporting criteria have been satisfied, you don’t have anything to worry about.

There was once a fear that Bitcoin could be used for money laundering, and this was voiced by Christine Lindegarrd and other IMF and central bank spokespeople. But once the Bitcoin ATM operators collect KYC information (passport and driving license scans), this issue is rendered obsolete because there is a transaction record.

In other words, it is perfectly legal to purchase and sell Bitcoin once you operate within the existing legal framework. However, there may be contradictory information (like the UAE).

Banks may prohibit its use while the government and courts assert that it is perfectly acceptable to trade cryptocurrency.

Is it Safe to Buy Bitcoin through ATM Machines with Cash?

You may be wondering just how safe it is to make a transaction using these Bitcoin ATMs. It’s as safe as using an ATM to withdraw traditional fiat cash. The primary issue is user error. Make sure that you copy and paste your bitcoin wallet code correctly (use your QR code), and don’t forget your login details to this wallet!

It’s a simple step but one that many users have forgotten. Takedown your account details properly and store them securely. Once you do this, your Bitcoin transaction will be as easy and safe as a typical ATM transaction. Moreover, because Bitcoin ATMs store lower amounts of cash, they are less of a target for theft.

Provided that you satisfy the rules and follow security guidelines, you are free to make maximum use of your cryptocurrency profits in a thriving industry. The Bitcoin ATM provides an excellent way to access the crypto market.

What Are the Benefits of Using Bitcoin ATMs?

Using Bitcoin ATMs is more accessible and safer than going online and purchasing Bitcoins. There are many hacks and scams, and it isn’t very clear to try and buy crypto online. It would probably be a better bet to purchase Bitcoin at an ATM first.

This is a great way to get familiar with the world of crypto because anybody can operate an ATM. You can then explore online transactions and possibly other means of transfer once you have some Bitcoin to start with.

The main benefit of Bitcoin ATMs is convenience. There are crypto ATMs located worldwide, and it provides an effortless way to gain exposure to a new asset class. You can expect to pay Bitcoin fees in the region of 5% - 15%, but this is a small price given the versatility and outlook for this cryptocurrency.

A Summary of Bitcoin ATM Rules

Despite a lot of regulatory uncertainty, there are a lot of commonalities around the Bitcoin ATM rules. You can typically withdraw up to $900 (or currency equivalent in your jurisdiction) without satisfying identity verification.

For more significant amounts, you will have to go through a quick identity verification procedure. In Europe, the Bitcoin ATMs will have lower limits to avoid KYC verification, but most other elements remain the same.

Using Bitcoin ATMs is 100% legal, and the obligation lies on the operator to ensure compliance standards are enforced. These requirements include having a dedicated compliance officer, providing identity verification for certain transactions, and having a series of internal KYC compliance policies in place.

In contrast, customers don’t need to know all the rules. Nothing is stopping you from purchasing Bitcoin from a nearby ATM immediately, provided you verify your identity for certain transactions.

Earn $25 USD on
your first transaction

Simply create an account, then deposit cash at a retail store near you. Your funds are credited to your account within minutes so you can buy Bitcoin and sent it to any cryptocurrency wallet. It's that simple!
* Invalid email address
Thank you! Your submission has been received!
Oops! Something went wrong while submitting the form.
Earn $25 USD on your first transaction!

Earn $25 USD on your first transaction

Simply create an account, and add funds using cash at 16k+ retailers nationwide. Your funds are credited to your account within minutes. Then buy or send Bitcoin to any cryptocurrency wallet. It's that simple!
Thank you! Your submission has been received!
Oops! Something went wrong while submitting the form.

Earn $25 USD on your first transaction!

We are committed to complying with all U.S. regulations that help prevent, detect and remediate unlawful behavior by customers when using a Crypto Dispensers Bitcoin ATM, CDReload, or any of the company’s other services. Crypto Dispensers is not a regulated exchange under U.S. securities laws. All investments involve risks, including the possible loss of capital.
© Virtual Assets, LLC d/b/a Crypto Dispensers. All rights reserved.
FinCen MSB Registration #31000222600395
Privacy PolicyTerms of Service